Erotica is a genre that is rarely experimented by Indian writers in English. For the average Indian reader, erotica and pornography are similar. And hence, Indians have been quite skeptical in their approach towards books that have delved on erotica. They fail to understand the key difference between the two genres being that in erotica, the author takes charge of the narrative. But things are slowly changing for the good. Credit goes to the shabbily written but popular book, Fifty Shades of Grey by E L James. This meant that Indian writers in English could finally experiment with Erotica because it was finally selling.

When Rosalyn D’Mello, a widely published freelance art writer, decided to pen a book on the female body, she was skeptical because of the reactions it could draw from people, especially her family. She was pursuing her MA in English Literature at JNU then and put forth her doubts to her professor.”If you are going to worry about what your parents are going to say, you have no business writing,” he told her. She had initially intended to write a fictional erotica and it was only her publisher who convinced her to write a non-fiction/erotica genre. (Source: Mid Day)

I have been following Rosalyn D’Mello’s articles for The Open magazine. One particular article (Stripped to the Core) caught my attention. This is where the author advocates the reader to engage with the writer while reading the book by highlighting/penciling portions. It led me to several things I loved and therefore when I came to know that her debut book, A Handbook for my lover was out, I decided to read it immediately. I was intrigued to know that this book was a non-fiction/erotica, a genre rarely experimented by an Indian lady writer. The book was to be launched in Chennai on May 15th at Amethyst Cafe and the hard copy that I ordered from Amazon landed on May 12th. I wanted to finish before heading to the book launch as I had never done such a thing before and I managed to do it this, just in the nick of time. 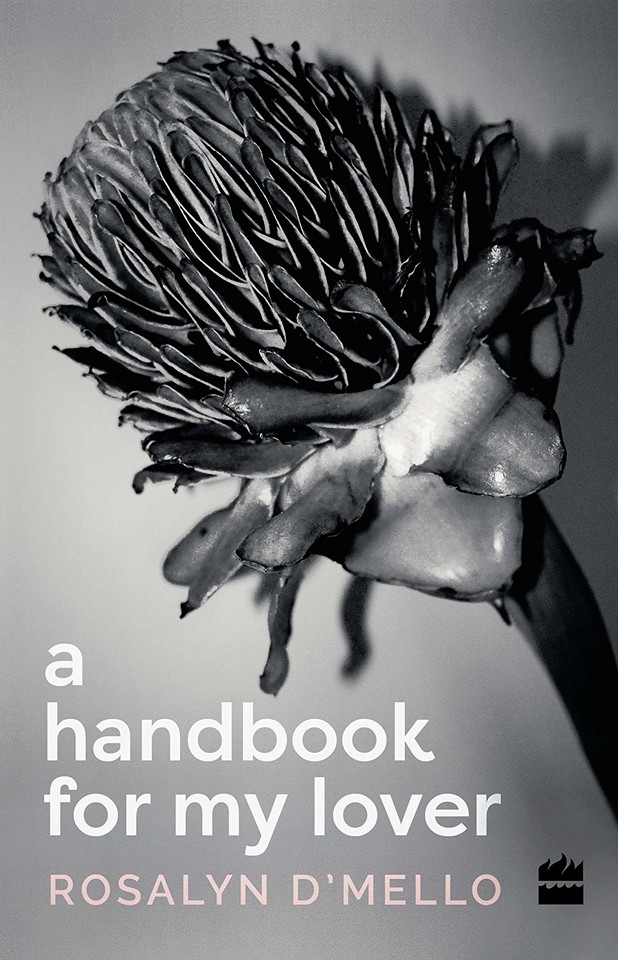 The book is a documentation of the writer’s relationship with an established photographer thirty years older to her. As she constructs his image in the reader’s mind by dissecting him completely, she delves deeper to discover her unexplored parts. Her allusions to Sylvia Plath, Henry Miller, Anais Nin, Susan Sontag, Kamala Das, Japanese photographer Seiichi Furuya, Alfred Stieglitz, Alain Botton, Roland Barthes, Anne Carson and French philosopher Jacques Derrida are fascinating. I loved how feminism runs throughout the novel without being preachy and she has approached topics considered taboo in Indian contexts such as masturbation, menstruation, open sexual relationships and live-in relationships with confidence and nonchalance. She dispels the myth of beauty associated with fair skin. She isn’t too self-critical and yet allows the reader to judge her through her deeds and relationships with others. There is a music and positivity to her language that makes the reader actively engaged throughout. I cherished reading the book immensely. When I finished reading it, I wanted to read it all over again.

I am producing a few quotes here from the book which I had duly penciled (the quotes follow the respective chapter headings) :-

‘To strip you must first wear your sins like clothes.’

‘To strip you must contend with shame. you must learn to make too much of dust.

Take your time with revelation. Too much, too soon, and the epiphany of naked flesh will be irrevocably lost.

Stripping is a function of movement. Do not unravel in chronological order. Do not be distracted by time. Do not worry about sequence.’

‘To strip is to confess. To lay bare. To expose yourself to a pair of possibly unforgiving eyes. There is no beginning and no obvious end. Beneath the veneer of clothes is not just the naked body but a universe of skin and scars, and the memory of touch.’

If only you’d left me your keys…

‘If an archaeologist were to survey these ruins, he’d have to bring in a collegium of scholars and carbon-dating machines. I wonder if they’d find what I’ve found, remnants of your heart beating wildly with a rhythm that hasn’t yet lost its pace, despite your cynicism, despite your bitterness. A smouldering bit of bloody flesh that refuses to rot, refuses to ash, a thing of terrible beauty, immense and glorious, full of depth and soul. Unbroken still.’

‘Words are aphrodisiacs. They evoke the smell and feel of the substance they suggest. They tempt and lure with their promise of tangible things, and of worlds outside of my reach. They inflict me with lust, they fill me with want. Words become substitutes for your touch.

Hell is a world bereft of words.’

‘Sometimes I make love to silence. To elusive, wordless sounds; the interstices between raindrops, or typewriter keys, the pauses in lyrical refrains, the soft gasps of breath between syllables, the lines buried between lines, the vacant silence of vacant hallways, the imagined solitude of abandoned cities, the second-long break between the flapping of bird wings, the hush that follows after bells have tolled, the loneliness of crumpled sheets, the wordlessness of the mute, the grand echoes of mountain passes, the curled silence between the ebbing and flowing of tides, the wisdom of angels and the aftermath of their delirious, choral songs. To these and more, I come.’

Still lost in the book hangover. It was great catching up with her at the book launch. I hope to re-read this wonderful book all over again. 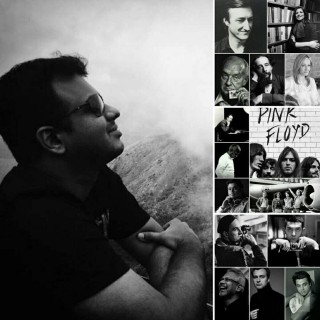